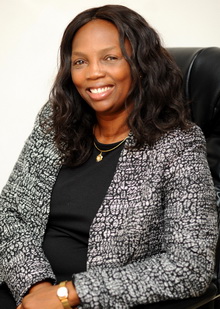 Mrs. Abiola Olufunke Ajayi graduated from the University of Ibadan where she obtained the Bachelor of Law LLB (Honors) degree in 1988. She was called to bar as a Barrister and Solicitor of the Supreme Court of Nigeria in 1989. She later obtained two postgraduate qualifications in law in 2002 and 2005.

Mrs. Ajayi started her career in the legal firm of Adegboyega Adeleke & Co 1989-1992. She joined the services of The Polytechnic, Ibadan as an Administrative Officer (Legal) in 1993 and rose to the position of Senior Assistant Registrar (Legal). She thereafter worked with a firm of legal practitioners before joining the services of Odu’a in 2003 as Legal Manager. She rose through the rank to become the Company Secretary/ Head of Legal in 2008.

She is a member of the Nigerian Bar Association, NBA. She is happily married and blessed with children.