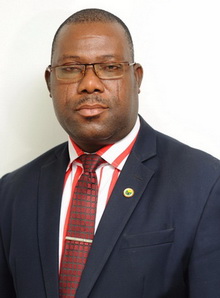 Bamidele Alausa started his career with Western Hotels (Nig.) Ltd, in February 1990 as Audit Assistant. Western Hotels [Nig] Ltd, is a subsidiary of Odu’a Investment Company, owns both Premier and Lafia Hotel, both in Ibadan.

Alausa’s distinguished career history revolves comprehensively around the subsidiary companies of Odu’a Investment Company. After working in various sections and units of both the Finance and Audit Department of Western Hotels including stores, he was promoted to the senior staff cadre of the hotel in 1996 and served as the Unit Accountant for Lafia Hotel. He was later moved to Premier Hotel as the Internal Auditor in charge of the activities of the Internal Audit Department of the two units of the Hotel between 1997-1998. He was subsequently redeployed to the Group Headquarters in 1998 and joined the Group Internal Audit Department as Assistant Manager (Audit).

Still within Odu’a Group, Alausa’s next stop point was Askar Paints (Nig.) Limited in late 1998 as the Internal Auditor before he was taken to the Finance Department of the Company as the Company Secretary /Accountant between 2003 -2006.He was transferred back to the Group Headquarters in November 2006 as an Audit Manager in the Group Internal Audit Department where he excelled with professionalism and thoroughness on all audit assignments given to him by the management which earned him the Overall Best Staff of the year 2008 at the Group Headquarters.

Mr. Bamidele Alausa otherwise fondly hailed as BB, completed his secondary school education at Loyola College, Ibadan before proceeding to The Polytechnic, Ibadan where he studied Accountancy. He is an Associate Member of the Institute of Chartered Accountants of Nigeria, ICAN.

Reputed as a team player, he is happily married and blessed with children.