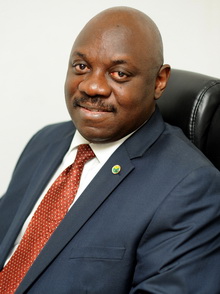 Principal Assistant on Strategy and Sustainability to the Group Managing Director

A distinguished Prince 2 certified project manager, Mr. Oyebola is also a distinguished Fellow of the Professional Excellence Foundation of Nigeria (PEFON) and a full member of the British Computer society.

He returned to Nigeria in 2014 and worked briefly as an independent I.T consultant before joining Odu’a Investment Company Ltd as the Principal Assistant to the GMD with responsibility for Strategy and Sustainability.

Mr Oyebola is happily married and blessed with children.