Odu'a States
Located in the south-west geopolitical zone of Nigeria, Osun State – “State of the Living Spring” is an inland state with its capital in Osogbo city. The people of the state are warm, hospitable and highly enterprising and could be found engaged in trading all over the country. The state has 30 local government areas and it is also divided into three federal senatorial districts, each of which is composed of two administrative zones.

History
The modern Osun State was created in 1991 from part of the old Oyo State. The state’s name was derived from the River Osun, the venerated natural spring that is the manifestation of the Yoruba goddess of the same name. The 1991 census puts the population of the state at 2.2million. The state is made up of 30 local government areas with over 200 towns, villages and other settlements. The state has a considerable number of highly urbanized settlements some of which are Osogbo, Ile-Ife, Ilesa, Ikirun, Iwo, Ede, Ila-Orangun and Ikire. Others include Ipetumodu, Ejigbo, Ilobu, Gbongan, Okuku, Inisa, Ijebu-Ijesa, Ipetu-Ijesha etc. 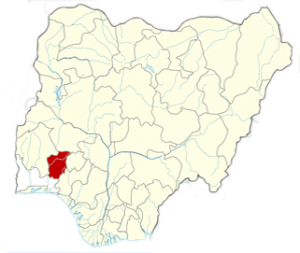 People & Culture
The major sub-ethnic groups in Ọṣun State are Ife, Ijesha, Oyo, Ibolo and Igbomina of the Yoruba people, although there are also people from other parts of Nigeria. Yoruba and English are the official languages. People of the state practice Islam, Christianity and paganism called traditional faith. The people of the state are mainly traders, artisans and farmers. Their other occupations include hand-woven textiles, tie and dye, leather work, calabash carving and mat-weaving.

The annual Osun Osogbo cultural festival that usually comes up in August is held along the banks of the river bearing and it attracts thousands of devotees from across the country and beyond. Visitors at the festival include nationals of United States, Brazil, Cuba, Trinidad, Grenada, and other nations in the Americas with a significant Yoruba cultural heritage.

Ọṣun-Ọṣogbo Grove, the shrine of the annual rites of the deity and an important artistic centre, was declared a World Heritage Site in 2005. 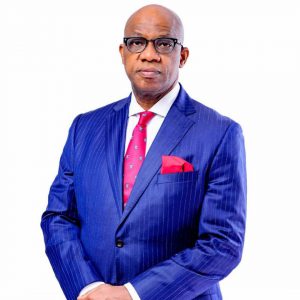 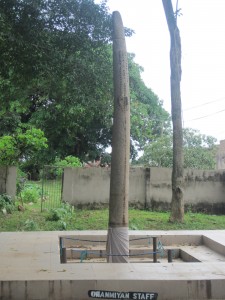 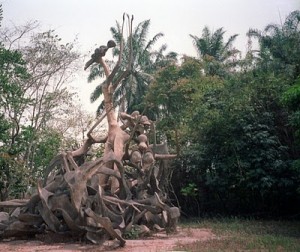 Art Works and Carvings around the Osun Osogbo Shrine 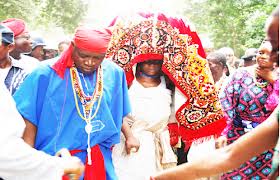